I hate traffic lights, but ... 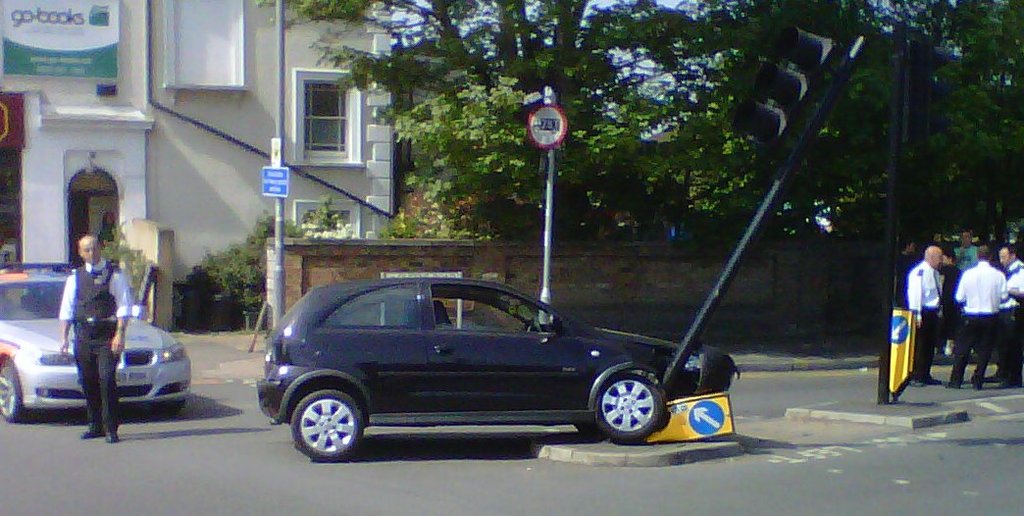 It probably wasn't funny for the guy involved. I spotted the incident, or its aftermath, driving over Kingston Hill yesterday. The location is the junction at Kingston Hospital. This was also posted at Equality Streets, along with other material that isn't posted here… Continue

Sheep in the City

(Also posted at Equality Streets). Traffic controls are removing the ability of drivers and pedestrians to think for themselves. A new generation of robotic, lobotomised road-users is increasingly incapable of acting according to context, relying instead on traffic controls to guide their behaviour. The new breed of pedestrian can’t cross the road…

From FiT Roads to Equality Streets

Free to Choose and FiT Roads are relaunching as Equality Streets. The transition will take time, so all will continue in use, but I've already started posting more frequently at Equality Streets. To join up/post comments there, you will be asked to register with Wordpress (pretty painless).

Ken Livingstone says (ES, 7.4.11), "We now know that at least 4,000 people die prematurely every year because of poor air quality." Bizarre that it has taken him so long to wise up to this well-known fact. Under his watch as Mayor, over 1000 sets of traffic lights were added to London streets, each costing hundreds of thousands to install, more to maintain and run, making congestion…

It's speed in the wrong hands that kills, or inappropriate speed - the very speed we get at priority and signal-controlled junctions. For all the negative press about "speeding", you’d think exceeding the limit must be a major factor in "accidents". In fact, the DfT attributes only 5% of accidents to exceeding the limit. See P.7 of…

The FA demands respect when it should be earning it. How can you respect an organisation that fails so abjectly to adopt umpiring techniques that have been around since the advent of TV action replay? In the same way, how can you respect traffic controls that subvert age-old social instinct and common law principles of equal rights and…

No doubt traffic engineers puff with pride at their ability to apportion equal green time to the multiple movements at interchanges such as Vauxhall Cross and Trafalgar Square (6 secs per min). Does it bother them that their complex algorithms kill the rhythm of natural flow, meaning that at least half the time road-users are disadvantaged and needlessly delayed, including pedestrians…

High on Google's list of management advice is "empower your team and don’t micromanage." If the TCD (traffic control dictatorship) had a list, its core directive would no doubt be the polar opposite, along the lines of "give road-users no power of choice or discretion, micromanage them, dictate their every move, and book them if they stray an inch."

You’ll have heard that Oxfordshire is redeploying speed cameras. There’s a lively discussion about it here.